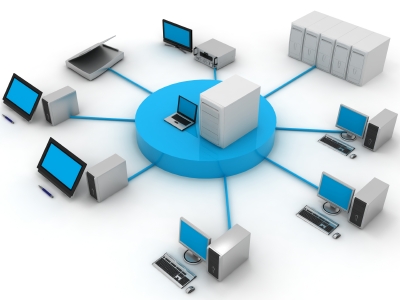 Another one of the points of the CHAMBER project is for it to be a permanent presence in everyday life, assisting with all aspects and optimizing the user's performance through the day. In order to do that an embedded device wouldn't suffice due to the limited processing capabilities available.

Using a microcontroller, or even an FPGA wouldn't suffice. What do we do then?

Simple, we use the embedded device the user carries as an I/O interface, retrieving data from the user and outputting answers and results for the user to make use of while leaving the heavy processing to a powerful computer located in a far away place or the Web itself.

With the ever present Internet expanding forth, it has become easier and even optimal to use The Cloud as it has come to be known as a processing and storage facility while leaving the devices free from that taxing activity.

Disadvantage: if you're out of Internet you're screwed. But that doesn't prevent you from keeping a safety computer free for those events.

Now another eventuality is that I was impressed with the huge amount of alternatives available for attending to those needs. AJAX, Web Hosts, AJAX, PHP, C#, Python, .NET, among many others. It becomes hard to choose one among all those and some are far more obsolete than others, for example, 5 years ago PHP was the most powerful thing and preferred by the hacker community; these years Python and C# have become much more used due to their flexibility so one must adapt to the new tendencies before the technology or platform becomes obsolete.

Fortunately I found the answer in a bundled package that brings all the alternatives and that hope can be useful for this endeavor. Its name is Django.

According to the project's website [LINK], Django is an open source high level Python network framework (a couple of packages that follow certain Internet rules everybody abides by for compatibility) that follows the concept of easy and fast coding and the DRY philosophy (Don't Repeat Yourself) which means that it allows for portability of functions and code.


Why Python? Because its clean, fast to test and has become very useful lately due to its flexibility and strong community support which means it won't be obsolete for several years at least.


Furthermore, there's a community called BitNami that creates easy to use installers for all operative systems and that helped develop  DjangoStack, a bundle with a .exe that only needs you to follow a few simple steps (on Linux, on Windows it got somewhat tricky, ugh Windows...) to get it to work.


You can download the installer from the Webpage:
http://bitnami.com/stack/django


Just execute the file and click next.
If everything goes well you'll get the following screenshot of the application which is the manager for the Project's. It lets you start the Servers (it has an Apache Server freely installed and several other goodies like SQL database managers). 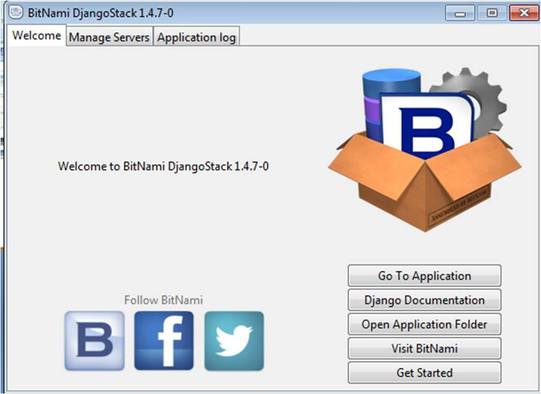 The BitNami DjangoStack manager where you can manage the Servers.
You also get a free preinstalled page if you configured the project correctly that looks like this! 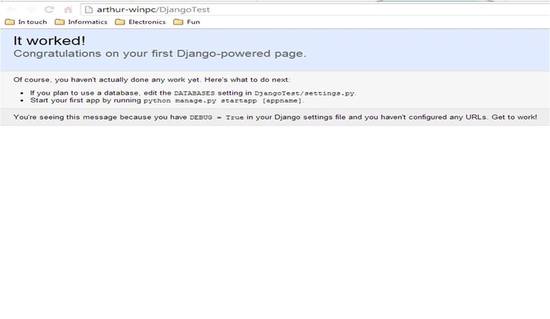