Ontology means "theory of the being" and along with gnoseology "theory of knowledge" represents the main branches from which the rest of philosophy extends. 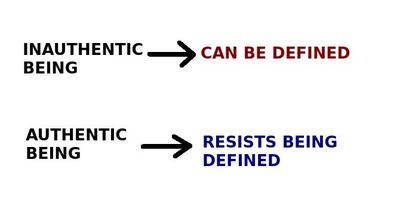 ﻿Generally it's considered impossible to define what IS because there's no concept greater than existence itself. Defining a concept means including it behind another more extensive one such. Exemply gratia: there's more entities under the concept MAN than there're those under the concept MEXICAN which means that MEXICAN can be grouped under MAN.

While the being can't be defined, it can be located. It represents a distinction between the authentic being and the inauthentic one.
It can also be categorized as ﻿existence﻿ (what is) and ﻿consistency﻿ (properties that make it what is rather than something else).


The four basic questions of ontology are:
﻿1.-What's the meaning of existing?
This question can't be answered because it's only known through intuition.
2.-What exists?
This question can be answered and it's subject of many varied answers (phenomenological, theological among many others).
3.-What's the meaning of consisting?
It can be answered and represents the many ways something exists and can be defined.
4,.Who consists?﻿
This one can't be answered because it doesn't indicate if something even exists in the first place.


The branch of ontology in charge of answering: who exists? is called metaphysics and answers existence itself.

﻿The branch of ontology that answers what consists? is known as object theory.﻿

"We never bathe in the same river twice" - Heráclite on the dynamic nature of reality.

Is made from the question: what exists?

To the question mankind answers: things exist (the "res").

Searches for an irreductible existence not composed from anything else.

Around those same years the greek Anaxímenes assumed air is the origin of everything. Meanwhile Anaximandro considered the existence of a substance without properties and unlimited potential which he named apeiron (means undefined).

Due to the difficulties in defending the common origin for everything on a single substance when the world has elements with wildly different properties, the greek Empédocles created the elemental theory in which he posists water, fire, earth and air as the primordial elements from which everything else comes. His hypotheses would be accepted as truth until the Renaissance.

Heráclito meanwhile posists that reality is dynamic and change from one moment to another, hence making impossible to define what is. Existence is a transitory state between being and not being.