Or rather, my foray into professional animation.
On October (5fth I think...) the third Puella Magi Madoka Magica movie will come out and I thought, why not make something special for that day?

Now don't judge the book by its cover! It might look like your typical moe anime but its something impressive, a must watch!

Anyway, I plan to make several "improvements" to the Blu-Ray Puella Magi Madoka Magica series using open-source tools only and release them three days before the movie comes out. For that I'll need to learn something I never gave much thought.

Make a series of Openings and Endings for the original Blu-Ray PMMM series using only open-source software. 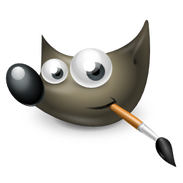 An extremely powerful image editing utility I haven't given much thought. As I usually only make simple diagrams and basic shapes I use mostly kolourPaint in Ubuntu and SolidWorks for industrial design on Windows.

In order to install it on Ubuntu Linux 13.04 you only need to type the following commands in the terminal:


The first two update the database so that it can locate the file (usually not necessary) and the second searches for the package and installs it.

An open-source flash alternative that is as unstable as its powerful...which means it crashes every five seconds.

It was a headache to work with it on Windows and even Linux isn't free from that troubles. To install you must go to the Synfig webpage and download the .deb file which will once downloaded open Ubuntu's Software Center with the option to add it. Just follow through as you would install any other program in the Software Center.

Now I'll publish a tutorial on how to use it later on but for now just know that you must export your file as .gif because its the most stable animated format it enables while leaving everything else as Default. That or export directly as images...

To install them just use:

To do that is as simple as typing the following: 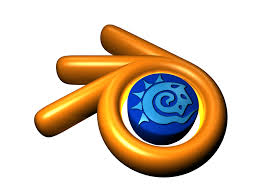 One of the most powerful open-source 3D imaging applications ever made. Its used by professional studios to make 3D movies, animations, games and robotic simulations. There are hundred of projects using this platform because its that good.

I don't know how much I'll make use of it, specially with my lack of time but will try to make at least one ending using this one.

To install just use:

Now the icing of the cake comes in the form of this professional video editing app that is supposed to be used by TV studios to make movies and live action shows. Pretty astonishing and actually one can see the difference between hobby applications and this.

Now its also said to have an extremely steep learning curve and glitches which I hope don't pose too much of a problem when developing. It was also a bit tricky to install:

That will add the cinelerra repository in Ubuntu and now if no glitches come (cross your fingers) then you will type:

$ sudo apt-get install cinelerra-cv
And that's about it! As of yet I haven't done anything meaningful. Made this animation using Synfig, imagemagick and aconv:

I uploaded it as a .gif because Weebly won't let me post video for free (at least without tricks) but it works real nice if you can forget the constant crashes with Synfig. Now I only pray to Godoka that I get more time and less homework to finish this project in time. As of yet the biggest obstacle is that I also have two horrible equation classes and a robot to finish with a deadline so...lets do our best and let the fun begin!