III. Intuition as a method for philosophy. 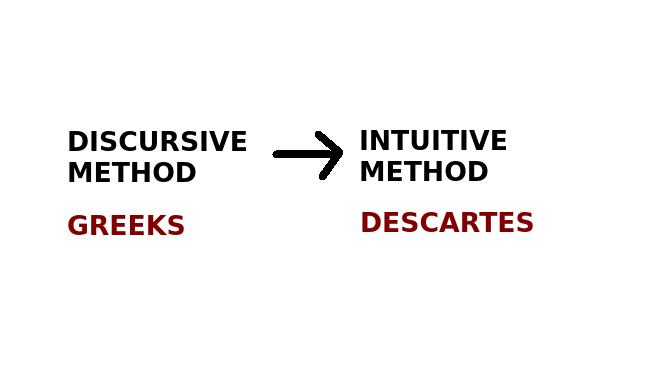 Classifications of the intuitive method.

﻿Allows the philosopher to obtain information about an object through the senses but is also limited by what they can perceive. It's independent as it only applies to the only object that's being analyzed and can't be used on all objects or abstract forms.﻿

﻿Allows to grasp the properties of objects and the relationship between them. It's very formal.﻿

﻿It's a form of intuition that goes beyond the matters of the spirit and discards formalisms to understand the truest essence of the object of study. It's divided into three branches:﻿


1.-Intellectual intuition.
Allows to grasp the true essence or "eídos" of the object. It's biggest representative comes in Husserl which establishes that an object exists in a real form and from it come numerous independent instances of the same object which every conscious being possesses of the object studied.


2.-Emotive intuition.
Allows to grasp the correlate of an object which represents its intrinsic value. It's biggest representative comes from Bergson that claims intuition is opposed to thought and it's the only possible tool to do philosophy. Uses literary metaphores as the only tool to express philosophy because it forces the reader to repeat the philosophical process used by the author and thus reach his own conclusions.


3.-Volitive intuition.
It's biggest exponent is Dilthey who claims that all intellectual methods are false. Considers all living beings as entities of desire that only recognize as existing that which acts as an obstacle against their desires.


Maine de Biran in the middle of the XIX century gives meaning to the volitive intuition.